The August 2012 law firm strategy question of the month focused on managing under productive partners – what approaches firms take to the issue; what works and what does not; and how the process plays out over time. In a very practical sense, this topic is the counter point to the July 2012 question of the month – what characteristics comprise a ‘model’ partner?

The term “under productive partner” implies that ‘problem’ partners are primarily an economic issue. Certainly, persistently weak revenue production  is the most common reason for frustration with partner performance. However, a number of law firm leaders noted in open-ended comments that “citizenship issues” and other qualitative factors regarding professional demeanor can also lead to a firm insisting a partner work to turn his or her performance around.

A Daunting Task, But Not Hopeless 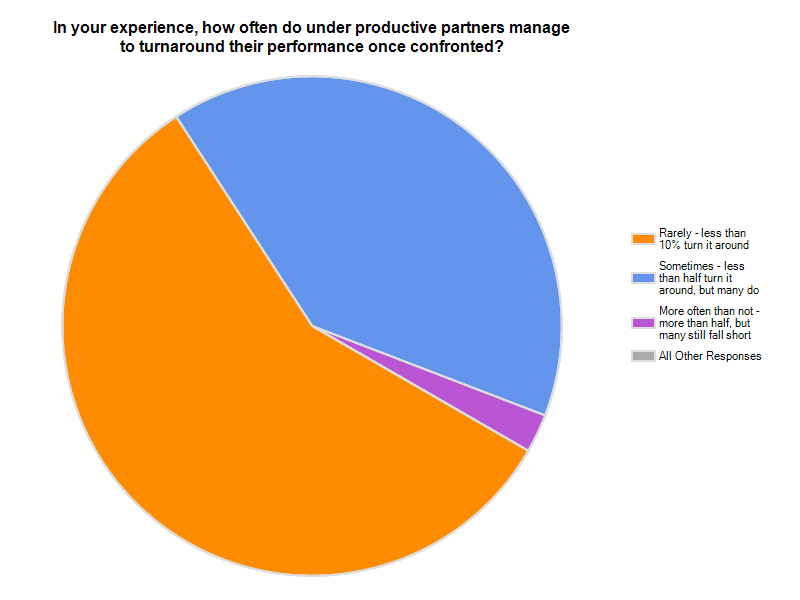 Patience is a Virtue…

Firms are generally, but not universally, patient with regard to under performance. Many leaders noted that partner performance statistics are averaged over multiple years, so it takes time before performance issues are considered a persistent problem. Over two-thirds of the leaders responding to this survey noted that it takes at least two years of weak performance before the issue is addressed at all. 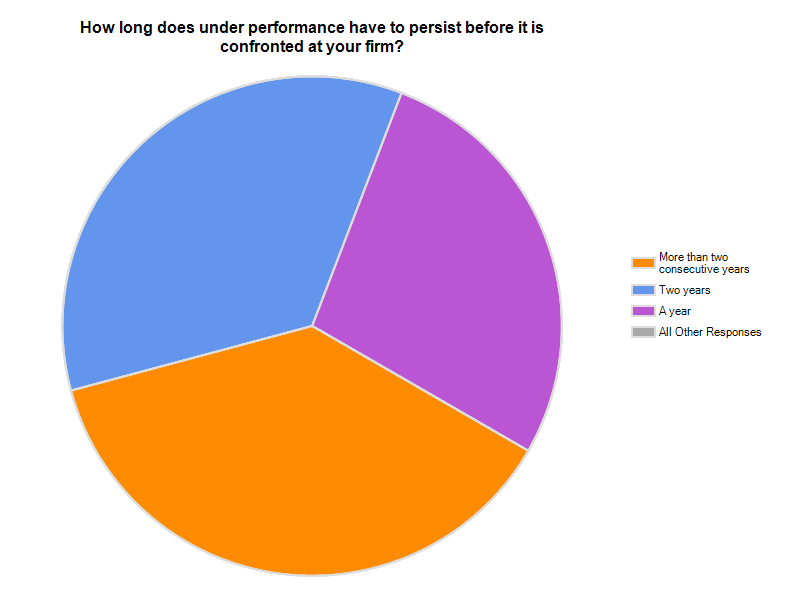 What Are Firms Doing to Address the Issue?

Asked to share which approaches they have tried and how well they have worked, law firm leaders were candid. The most commonly used approaches to address partner under performance:

Conversely, a few approaches have not been as widely adopted, though some (as will become evident below) are actually reasonably successful in their own ways. Less frequently tried approaches include:

Now, it is absolutely true that actively outplacing someone is not really a turnaround per se – at least within the confines of the firm. However, for many partners, leaving (and landing well) is a tremendous career turn around. And, as it turns out, it is by far considered to be the most successful approach (by those who have tried it). 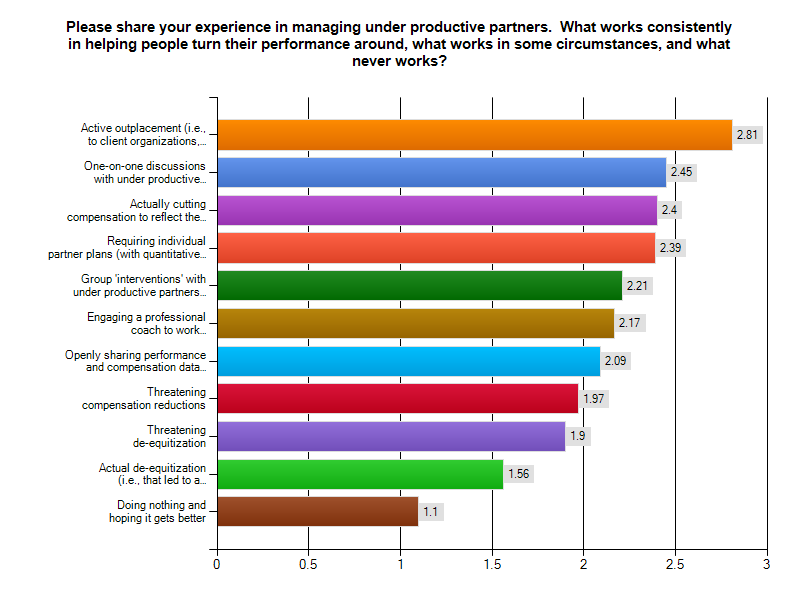 The other more successful approaches included actively cutting compensation; holding one-on-one discussions with under performers; and requiring individual plans. As one managing partner noted, compensation is a blunt tool and one you only get to use once a year (at most). In fact, these are all fairly blunt tools. However, a combination of one-on-one discussions along with individual turnaround plans has the direct benefit of creating accountability and a path forward for the partner in question.

We welcome and encourage your comments below and your emails to John Sterling – jsterling@sterlingstrat.com .

2 thoughts on “Managing Under Productive Partners”