FEBRUARY 2012 STRATEGY QUESTION OF THE MONTH

This month’s strategy question of the month focused on practice group management.  Specifically, we looked at the question of whether there is a link between what we ask practice groups (and their leaders) to do and perceptions of how effective those groups are.

The key take-away lessons from the survey: 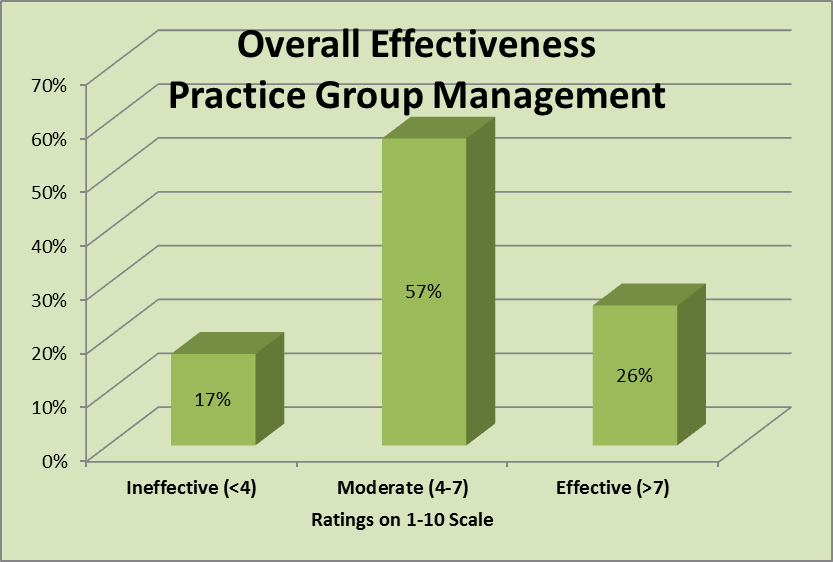 The key question then becomes, what distinguishes the most successful groups from the least successful groups.  Note that both highly effective and ineffective groups have some common responsibilities: marketing and new business development (coordination and planning); people management (work flow management, professional development oversight, and planning for entry level hiring); and team building (encouraging teamwork and morale and coordinating group level planning).

Leaders of the most effective groups were also moderately more likely to be involved in lateral hiring (planning for and executing that hiring), in setting partner compensation, and in acting as a channel for inter-practice and firm level communication.

The less effective groups also appear to be somewhat more directly involved in the entry level recruiting process than their counterparts in more effective practice groups.

The survey provided a useful snapshot regarding what responsibilities are most (and least) common for practice group leaders.

The most common responsibilities: 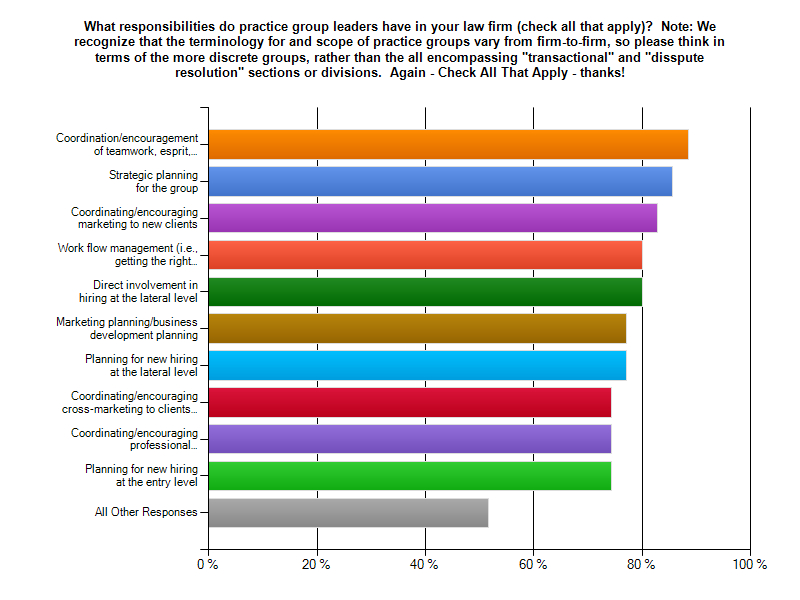 And the least common responsibilities: 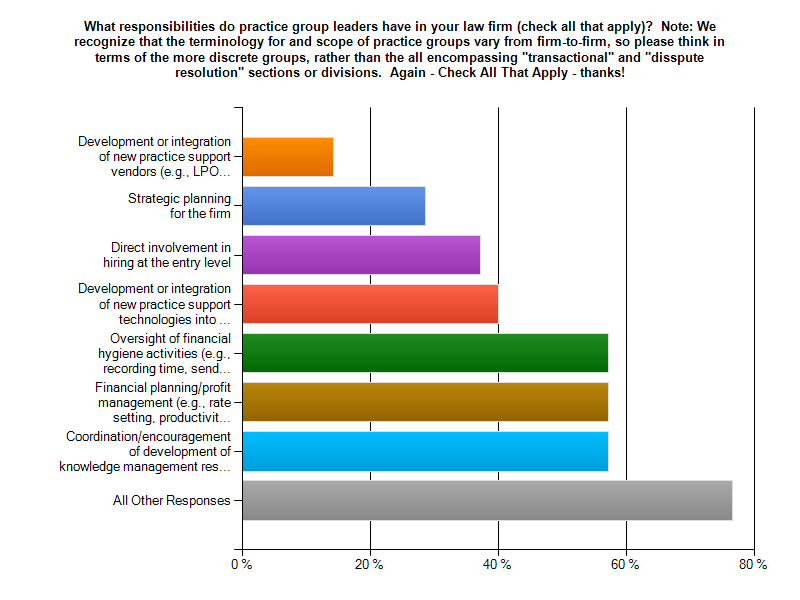 We will return next week with some follow-up discussion of both this month’s findings – as well as last month’s findings regarding partner compensation systems.  Until then, we welcome your comments below and/or via email to jsterling@sterlingstrat.com.